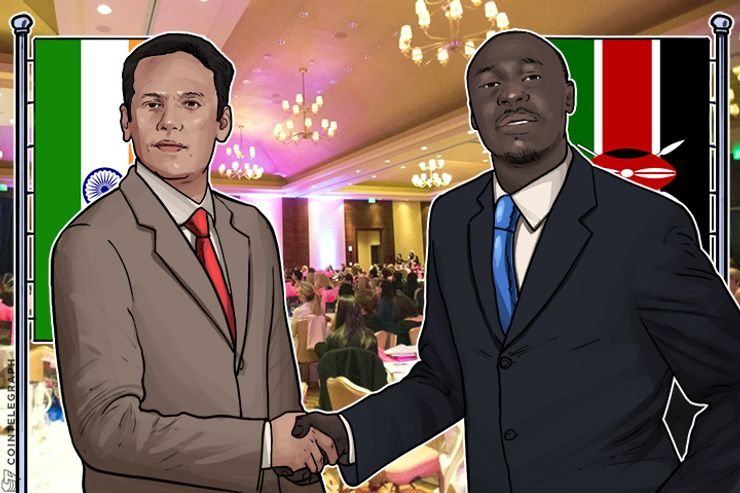 Praveen Kumar, Chairman and CEO of Belfrics Global SDH, has announced that his outfit will be launching Bitcoin exchanges across Africa in the coming months.

Speaking at the Launch of Belfrics’ Bitcoin Exchange in Kenya on Saturday at the Villa Rosa Kempinski, in Nairobi, Praveen outlined plans to open exchanges in Nigeria, Ghana and Botswana soon, and follow it up with other countries.

“We were overwhelmed with the tests trials that were run in Kenya in terms of volume and have therefore decided to launch Bitcoin exchanges across the continent in the coming months,” Praveen told a ballroom full of people mostly from the Bitcoin Community in Kenya. “Actually we don’t see this as a launch since we’ve got a good business so far and this is a launch party.”

He explained that the Kenya experience has been a great lesson for them to change their game plan. It is in this direction that the company is set to work in other African countries.

The launch, in fact, was brought to four countries in which Belfrics is running Bitcoin exchanges. Prior to the launch, the company was operating in Singapore, Malaysia and India.

Praveen hinted that his global company intends to reach 100,000 to one mln people in Kenya in the next one year to 18 months. He was very upbeat about the success of Belfrics in the East African nation.

Why is it important?

In an opening address, Mic Kimani, Chairman of the East African Blockchain Association complimented Belfrics for entering the Kenyan market.

Speaking to Cointelegraph after the launch, Mengistu Humne, an Ethiopian Bitcoin Miner residing in Kenya expressed his excitement over Belfrics’ entry into Kenya. “This is a good omen since we’ve been having a tough time signing Kenyans who are interested in joining our mining schemes,” said Humne.

But Justus Mutui Kimasyu, Director, Belfrics Kenya Limited, told Cointelegraph that is not a threat to them at all:

Kenya, which is a leading Bitcoin adoption in Africa amongst countries like South Africa, Ghana and Nigeria is making sweeping incursions to break into the mainstream even though there has been some resistance from the Central Bank of Kenya.

In 2005, the Central Bank warned Kenyans to desist from the use of Bitcoin and other cryptocurrencies since they are not legal tender and unregulated but did not go ahead to legislate it.

Despite this, Kenyans have ignored the warning and continue to adopt Bitcoin and other virtual currencies at an admiring rate. As a matter of fact, the country has more organizations advocating adoption more than any other African entity.